Is life imitating art for Michelle Dockery? It appears so, as the Downton Abbey star, who plays Lady Mary on the show, has been seen with a new mystery man in Venice last week. I guess since Lady Mary is being wooed in Season Four by eligible bachelors it only seem right that Michelle gets the same treatment in real life.

Apprently, Allen Leech, who plays Lady Mary’s brother-in-law on Downton Abbey, introduced John Dineen to Michelle Dockery.  It seems the pair hit it off since she was photographed in Venice with the 31-year-old financial PR director.

Very little is known about the new mystery man in Michelle’s life.

An associate of Mr Dineen, who works at FTI Consulting, told the Daily Mail:
“John is also from Ireland and went to University in both Cork and Dublin before
coming to London.

“He is very private and softly spoken but he has really been taken by Michelle.
Allen is an old friend and appears to have played Cupid.”

This blogger did a quick google search and found John Dineen’s LinkedIn profile.   It didn’t provide much new information (unless I upgraded my account) but it did have his “unsunglassed” picture for your viewing pleasure.

They do seem to make quite the cute couple and have that “new relationship” glow.  (I’m jealous!!!)

Hopefully, Mr. Dineen won’t end up with the same fate as Lady Mary’s Mr. Pamuk or Matthew Crawley though.

Good luck, Michele and John!!!  Downtonians everywhere are pulling for your relationship.

After each season of Downton Abbey wraps, the actors get busy spreading their acting wings on various projects.  This included Michelle Dockery who filmed the feature film Non-Stop after Season Three.  She shed her Downton Abbey‘s Lady Mary character for the role of Nancy in the film.

Non-Stop is a tense thriller also starring Liam Neeson and Julianne Moore about an air marshal who must spring into action aboard an international flight.  During the flight from New York to London, the US federal air marshal on-board (Neeson) receives a series of threatening text messages that a passenger will be killed every 20 minutes unless $150 million are transferred into a secret off-shore bank account.  Everyone on board is suddenly a suspect, including Neeson’s seat mate, played by Julianne Moore, and Michelle Dockery as a flight attendant.

In order to prevent another Season Three death-fest, the producers of Downton Abbey have locked in the key actors to large three-year contracts.  Woohooo!!!!!

After Dan Stevens and Jessica Brown Findlay decided not to renew their original contracts with the show and their characters had to be killed off – one on Christmas Day, no less – the show couldn’t afford another “exodus” from the key actors.  To solve that problem, it is being reported that the bigger names –  Hugh Bonneville, Elizabeth McGovern, Michelle Dockery, Laura Carmichael, and Allen Leech – on Downton Abbey have signed three-year contracts.  The Sun is reporting that some, if not all, are over £1m each.

An insider tells The Sun, “Downton’s charm is tradition so bosses were desperate to secure the show’s big names. All the major characters are now on big deals.”

That is excellent news for Downton fans everywhere!!!!  It is certainly an indication that we might get more than just a Season Five.  Wooohoooo!!!! 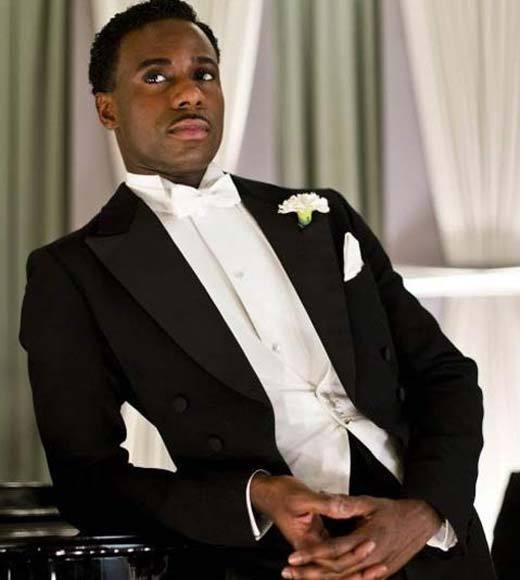 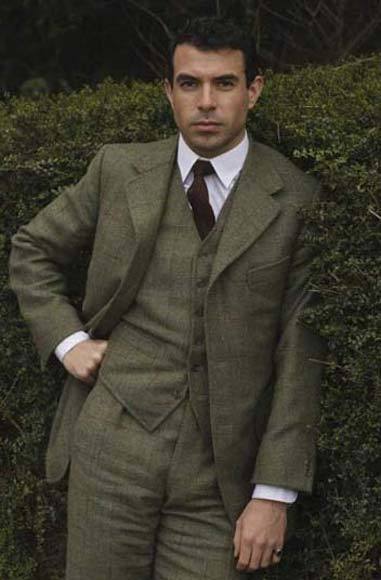 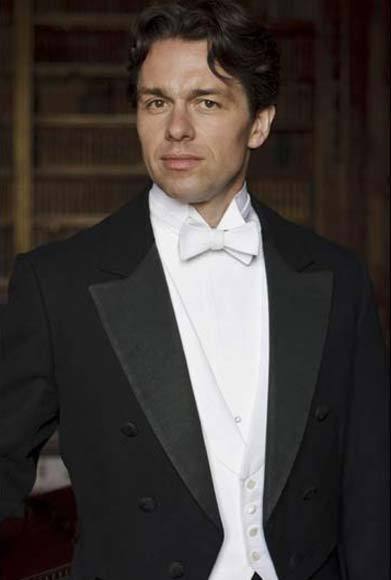 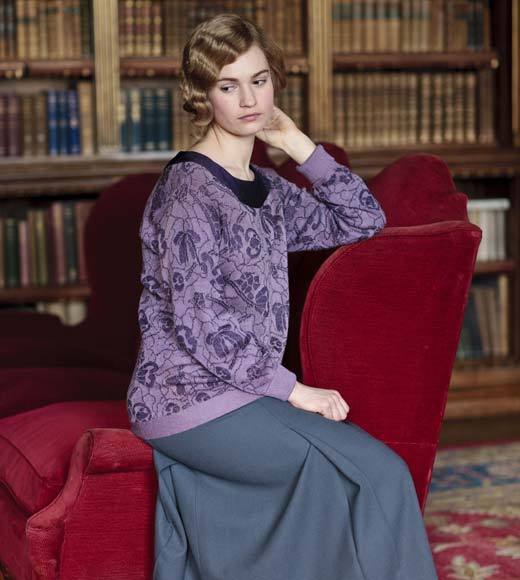 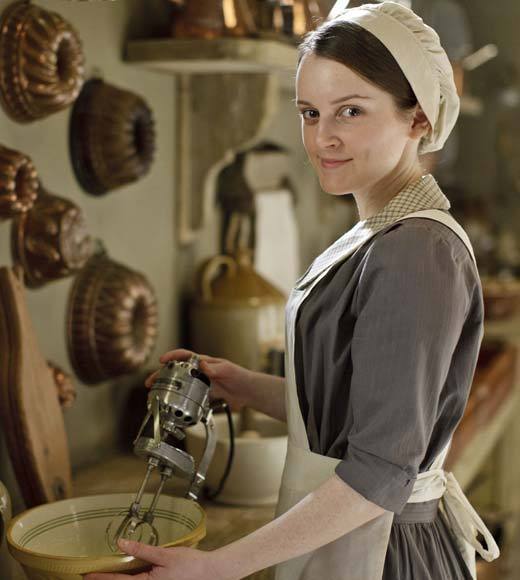 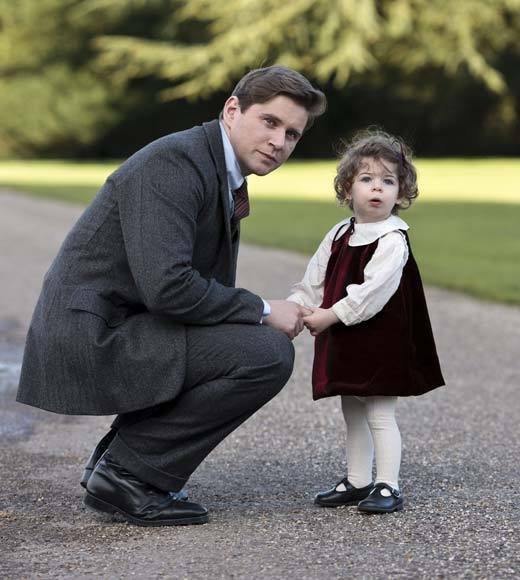 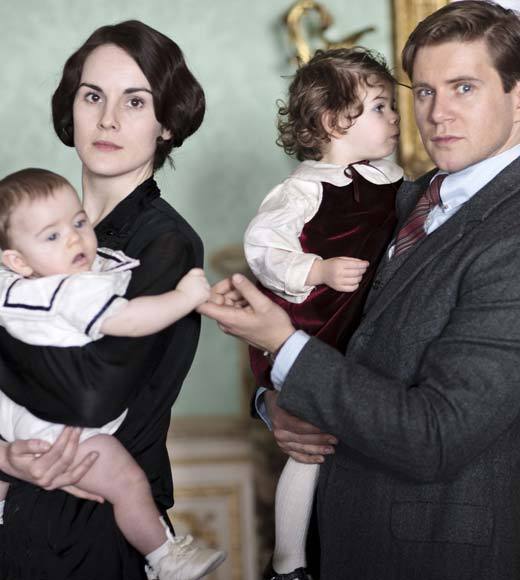 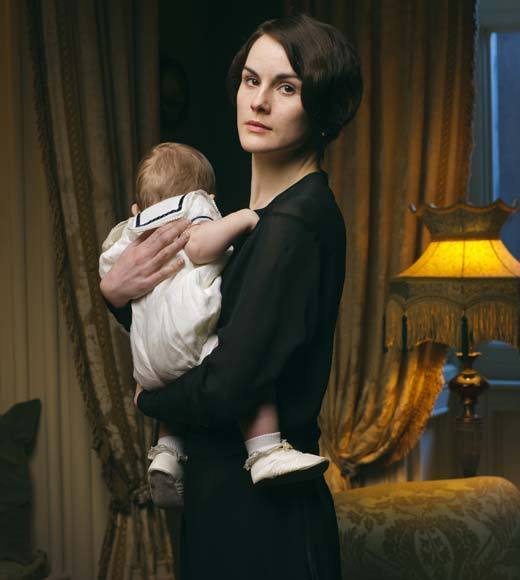 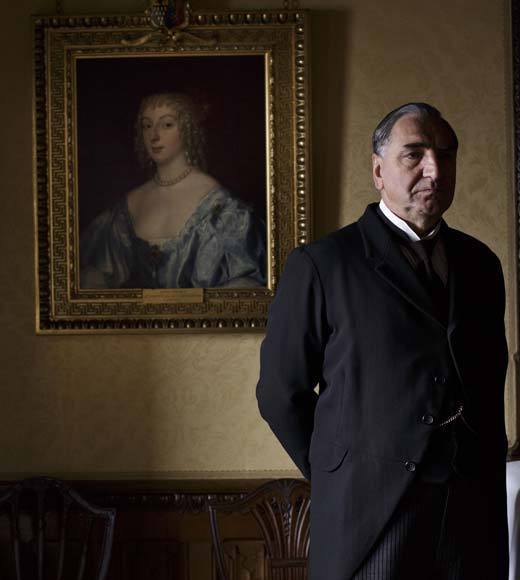 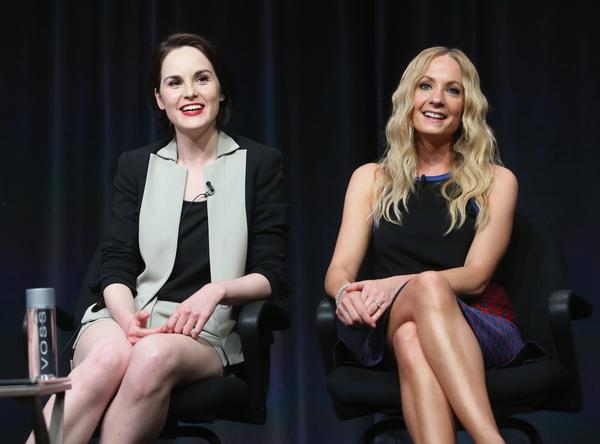 The cast of Downton Abbey is busy on a press junket for the upcoming season and they have been giving us a few clues here and there – but that will come in other posts.  The most important thing is that the Downton ladies were stunning at a recent event at the Beverly Hilton Hotel in Los Angeles, California.

Michelle Dockery,  Laura Carmichael, Phyllis Logan, Joanne Froggatt, and Sophie McShera shunned their period costumes and glammed it up for the cameras.

Do you even recognize them all?  It is hard to believe but Mrs. Hughes is in the center and Daisy is on the right end.  I know!!!  Who knew underneath their dark and gloomy service costumes they were hiding such glamour?

Forget Words with Friends or Candy Crush Saga!!  The cast of Downton Abbey is too busy playing Bananagrams to be bothered with such modern games.  And who wouldn’t love a game that comes in a cute banana carrying case???

Apparently, Michelle Dockery (a.k.a. Lady Mary) recently explained to The Sun that new cast member Tom Cullen (a.k.a Lord Gillingham – Lady Mary’s new love interest) brought the game along to the set of Downton Abbey and the rest is history.

“Tom has joined as Lord Gillingham and has brought in Bananagrams. It is like Scrabble but there is no board and you have to lose all of the letters in the pile. Maggie [Smith] and Laura Carmichael [Lady Edith Crawley] are really good. They usually win. Their vocabulary is bigger than mine I guess.”

To get your own Bananagram game visit your local toy or book store or go to:   http://shop.bananagrams.com/p/bananagrams?pp=24&pp=24

THE ANAGRAM GAME THAT WILL DRIVE YOU BANANAS! Go bananas making crossword grids in a race to the finish! 1-8 players/ AGES 7+

Players race against each other to complete a crossword grid using all their letter tiles first. Bananagrams® needs no pencil, paper or board. Fast, fun, and great travel! 1-8 players/ AGES 7+

Congratulations to all of the cast and crew of Downton Abbey for your nominations in 12 categories at the 65th Emmy Awards!!! This Downtonian is so excited and proud to be a fan today.

Downton Abbey fans in the UK (or fans from around the world if they want to go to the UK) can now see a collection of costumes worn by our beloved characters at the Nuneaton Museum through September 15th.  (For those of you who don’t know where Nuneaton is – me included – it is close to Birmingham, sort of in the center of Great Britain.  Yes, Google is my friend.)

Costumes worn on the hit TV series Downton Abbey are now on show at Nuneaton Musuem.

The collection includes a purple gown worn by Dame Maggie Smith in her role as the grumpy Dowager Countess of Grantham, while also on show are a daring “pantaloon” outfit of Lady Sybil (Jessica Brown-Findlay), the engagement frock of her sister Mary (Michelle Dockery) and an evening suit donned by Dan Stevens in his role as Matthew.

Representing the “downstairs” servants is a dress worn by Mrs Hughes the housekeeper and the uniform of Anna the maid.

Coun Ian Lloyd, portfolio holder for leisure and culture said: “We always aim to bring high quality exhibits to our museum that will be of interest to a broad range of visitors. This is certain to be one of our most popular exhibitions this year.”

Entry to the museum is free and the exhibition continues until September 15.