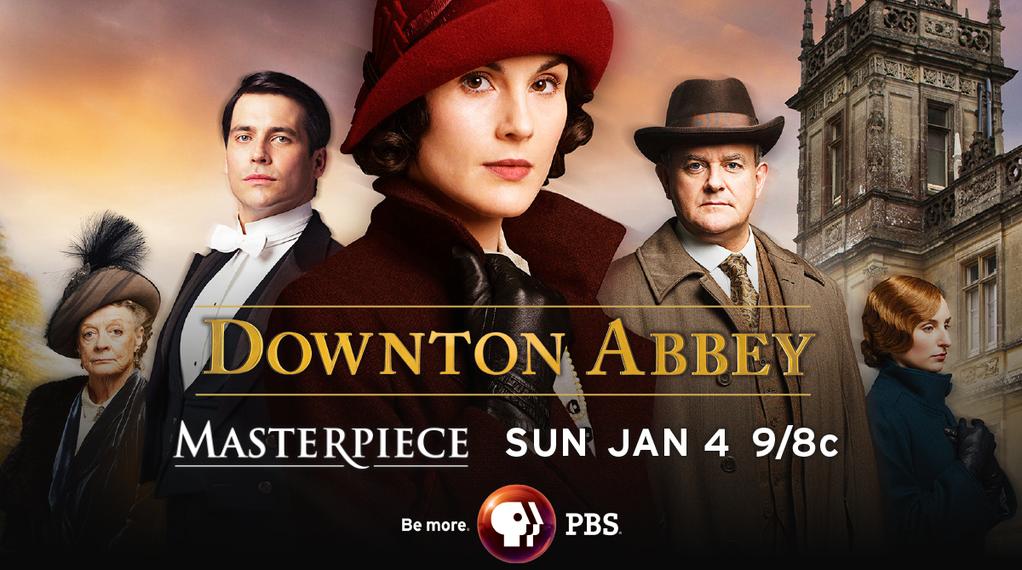 First there was tea, then lotions and potions, and jewelry, and paint, and fabrics, and heaven only knows what else,  except for stamps.  But don’t fret my fellow Downtonians because now we will have stamps in the near future.

“We are delighted to put our stamp of approval on this deal with IGPC,” says Carole Postal, co-president, Knockout. “IGPC impressed us not only with the quality of their postage stamp designs, but also their knowledge of the international stamp industry, close relationships with official government postal authorities and large distribution network of international stamp dealers.”

(Did the Knockout co-president intend to make a pun? Or was “putting our stamp of approval” on a stamp design unintentional?  Either way, it made me chuckle.)

IGPC is looking forward to working with the team at Knockout Licensing and NBCUniversal, as well as Postmasters General at our government postal authority clients, to create beautiful Downton Abbey postage stamps, which will be not only great items for fans and collectors, but also a wonderful testament to the worldwide popularity of this captivating television program,” says Yossi Malamud, executive vice president, IGPC

“Whether it is used for postage fees on envelopes mailed internationally or as a unique collectible treasured by international stamp collectors and enthusiasts, an official government issued postage stamp serves as a travelling ambassador of the nation for which it was created,” says IGPC Executive Vice President Yossi Malamud.  “IGPC is looking forward to working with the team at Knockout Licensing and NBCUniversal as well as Postmasters General at our government postal authority clients to create beautiful Downton Abbey postage stamps which will be not only great items for fans and collectors but also a wonderful testament to the worldwide popularity of this captivating television program.”

I can’t wait to see what countries will have Downton Abbey stamps.  It doesn’t really matter what countries though, because I plan on collecting all of them!

On the Tonight Show, Will Farrell combined his love for ice skating and Downton Abbey (which he has never seen) in to a routine as Carson, the Butler.

Check it out and see if he would have won a medal in Sochi:

Wonder what Carson would like in a skin tight tuxedo???  May we NEVER find out!!!

Downton Abbey has old and new characters this season.  Among those new characters are three handsome men who happen to be inside the February issue of Vogue.  Julian Overden (aka Charles Blake), Tom Cullen (aka Anthony Foyle, Lord Gillingham), and Gary Carr (aka Jack Ross) are seen looking dapper and picture perfect.

They even dished about their time filming Downton.

Cullen, on refining his natural Wales accent to that of a British aristocrat: “I pretend to be my English grandmother. She’s so posh her jaw doesn’t move when she speaks.”

Ovenden, on the contentious relationship between Charles Blake and Lady Mary: “He stays in the house, which is awkward, but they discover things about each other that are perhaps less different.”

Carr, on his character possibly encountering racism: “As a black man in the twenties, he’s already a celebrity. He doesn’t have such a chip on his shoulder. He’s wearing tails and sharp suits. It’s really great.” Ever wondered what would happen if cats ruled the world?  The Pets Alive animal rescue in Middletown, New York remade the opening of Downton Abbey to show us exactly what it would look like.

Sort of scary, if you ask me. Cat domination might be right around the corner.  EGADS!!!

And don’t worry, no animals were hurt in the making of this film and all cats are available for adoption.  (Just click the Pets Alive logo below to get to their site.)

Are you bored during the week waiting for Sunday night so you can watch Downton Abbey again?  Don’t fret.  There is a new board game to keep you entertained until the next installment of our favorite family and staff is available.

“The fast moving game that transports you into the world of Downton Abbey.  As maid or footman, you have to complete the tasks you are given as quickly and efficiently as possible.  Starting in the Servants’ Hall, each player is dealt Destination cards which have varying values indicated by the number of bells on the card. This relates to how important or difficult the task is.  The player must then navigate their way around the corridors and stairs of the Abbey, throwing the dice to determine how many moves they can make. Once they reach the destination of a task, they collect their bell tokens, and the next player throws the dice to set off for the next job.  But nothing is that simple! Along the way, a player can land on a ‘Carson Card’ space and have to take a card, which could either help or hinder them. On other spaces, the players may have to collect a ‘Letter’ which could call them away from the Abbey, slowing them down, or costing them bells!  And which route will they take? A short easy looking one to get a job done earning only one bell, or a longer route with the possibility of collecting a higher reward?  The winner is the player who has completed all their jobs and collected the most bells. Good luck and enjoy the game!”
_____________________________________________________________________

It sounds a lot like cross between Monopoly and Clue but without Park Place and Colonel Mustard in the drawing room.  Since I have always loved Clue and Monopoly and I definitely love Downton Abbey, this is going on my wish list.  (But I won’t be playing with my sister – she cheats when we play board games, just like I imagine Thomas would do if he played board games.)

First there were soaps and lotions, then wine, fabrics, ornaments, and heaven only knows what once the producers of Downton Abbey started licensing the rights for Downton Abbey products.

The latest addition is from Heritage Lace and will be everything from napkins and pillows to gloves, ladies shawls and shower curtains.

Heritage Lace has obtained the licensing rights for an extensive line of well-crafted home décor and textiles associated with the award-winning PBS series Downton Abbey.

The new Heritage Lace collection captures the color, texture and tactile appeal of fine laces, sheers, linens, velvets, burlap, natural wovens and embroideries that would be right at home in Highclere Castle – and fit right in with modern tastes and sensibilities.

There will be more than 200 products in the collection which will begin to show up in stores and online later this month.

I just love the pillows shown in the picture!! It is going to look perfect on my couch.

To receive exclusive updates and the first to know when the Downton Abbey collection will be available for purchase online, fill out the form at heritagelace.com .