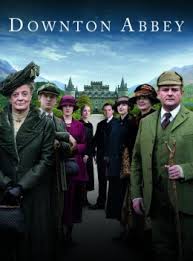 PBS chief Paula Kerger announced the date at the Television Critics Association summer press tour.  The new season of Downton Abbey will run for eight consecutive weeks, with a finale slated for February 23, 2014.

“We considered a number of factors,” Kerger said this morning, speaking about the scheduling difference between the United Kingdom and the United States. Season four will air roughly a month behind the U.K., which creates “promotional buzz” for the franchise, because “word of mouth travels,” she said.

This announcement should not come as to anyone unless they have been living under a rock.  The start date was the worst kept secret in the world.  We all knew that Season 4 of Downton Abbey would start the first week in January but it is nice to have an official announcement to hang our caps on.