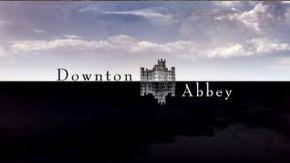 The bosses on the hit ITV period drama Downton Abbey are putting the breaks on spoilers by telling the cast and crew to burn or shred their scripts.

Sadly for the fans who love spoilers, the produces have even warned the staff at Highclere Castle, where the show is filmed, to be discreet about what they have seen when visitors to the Hampshire estate ask questions about the show and its upcoming storylines.

Brendan Coyle, who plays Lord Grantham’s valet John Bates, doesn’t even want the Downtonians to get a hint of this upcoming season of Downton Abbey as he explained to the Daily Express while attending Hugh Bonneville’s debut in the West End musical Spamalot.

“There are always so many leaks. Spoilers aren’t a good thing. Not just for those involved but for the audience.”

So of course when he was then asked the question what we could expect in the new series, he coyly replied: “It’s going to be good,” with a wink!

Does no one want us to have any fun?!?!?  Some of us love to have a clue about what is going to happen with our beloved inhabitants of Downton Abbey.